There are dozens of species of porcupines in the world. Thirty million years ago, porcupines traveled across the Atlantic Ocean from Africa to Brazil. They slowly evolved and quickly migrated throughout North and South America. Today, the North American Porcupine happily ranges from Alaska through Canada and into Mexico. 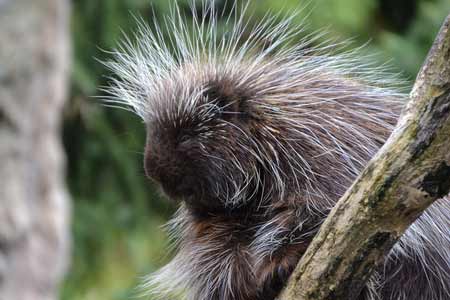 Known by the scientific name, Erethizon dorsatum, the North American Porcupine is the second largest rodent in North America. Only the beaver is larger. These animals are easily distinguishable by their thick coat of sharp quills that they use for protection and insulation.

In Latin, the word porcupine means "quill pig." It's fun to spot these solitary and nocturnal creatures that are near-sighted and slow moving in the wild. If you see one, be sure to snap a photo!

Let's take a look at some interesting facts about porcupines: 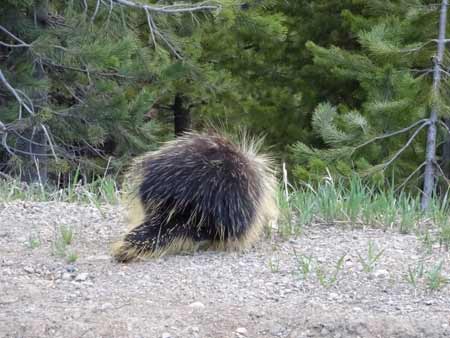 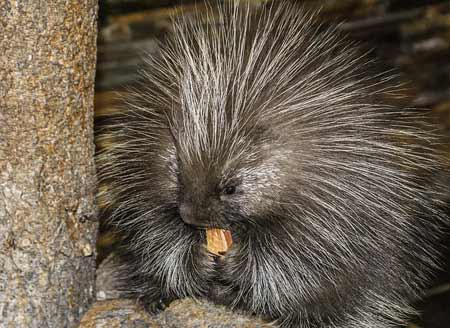 If you encounter a porcupine in the wild or in your neighborhood, don't worry. As long as you don't approach it or touch it, it will leave you alone. The most likely victim of a porcupine quill to the nose is your pet. If your pet gets stuck by a quill, remove it ASAP.

If you capture a cool porcupine photo when you're in Big Sky Country be sure to share it on social media with #visitbigsky.

Learn more interesting facts about porcupines from these sources: