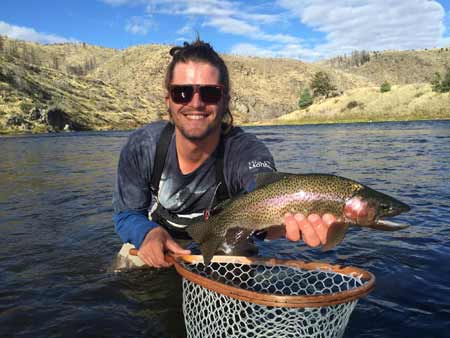 Chase Navratil with a Rainbow Trout

The chances are good that if you visit or live in Big Sky, Montana, you're going to try fly fishing at some point. If you're heading down to the Gallatin River or to a tributary stream near Big Sky, you might get lucky and catch a rainbow trout. It's one of the most popular wild fish in this area.

Rainbow trout are only native to rivers and lakes in western North America. Yet due to their popularity, these fish have been introduced throughout North America - including most of Montana. In fact, rainbow trout now thrive in every continent except Antarctica. Rainbow trout are now a part of the Big Sky ecosystem - and they are a blast to try and catch! 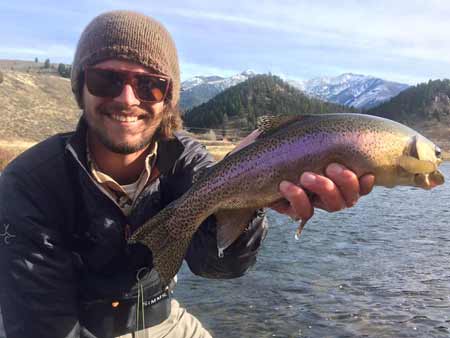 Chase Navratil with A Rainbow Trout

Let's take a look at some interesting facts about rainbow trout: 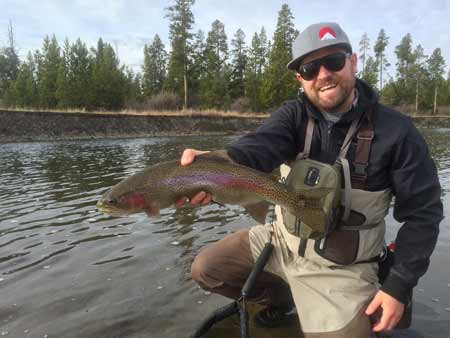 Go fishing in Big Sky Country and you'll likely run across a rainbow trout. These stunningly beautiful fish are fantastic fun to catch and they taste good too. If you want to fish for rainbow trout, book an experienced, local, and licensed fly fishing guide to show you the lakes, streams, and rivers of Big Sky Country.

Learn more  interesting facts about rainbow trout from these sources: